ONLY GOD IS GOOD

Like the slogan touted on buses around our nation's capital during the Christmas season, it's impossible to "just be good for goodness sake." Only with Jesus living in us can anyone be good, for He is the only one infallible - the only one good. We all have sinned and fall short of the glory of God. We are all as filthy rags compared to Him. The Lord said in Genesis 8:21, "Never again will I curse the ground because of man, even though every inclination of his heart is evil from childhood."

Many, such as Ted Kennedy, live by what they've dubbed a social gospel. Incomprehensibly, they even go so far so to attribute it to Matthew 25 from God's Holy Word. Picking and choosing what you like and do not like from the Bible is cafeteria Christianity, which, of course, in reality, is not Christianity at all. In all truth, there is no other gospel. There is only the good news of Jesus, which encompasses the Bible in its entirety! However, many believe if they simply: give the hungry, food; give the thirsty, drink; invite the stranger in; give clothes to the naked; look after the sick; and visit those in prison, they are good and will receive eternal life due to their own good deeds and innate goodness. The Bible clearly refutes this position. Jesus in John 15 teaches, "I am the vine; you are the branches. If a man remains in me and I in him, he will bear much fruit; apart from me you can do nothing. If anyone does not remain in Me, he is like a branch that is thrown away and withers; such branches are picked up, thrown into the fire and burned." In Matthew 5:20 Jesus said, "Unless your righteousness exceeds the righteousness of the scribes and Pharisees, you will by no means enter the kingdom of heaven." The Pharisees made their religiosity as ostentatious as possible. They were almost constitutionally incapable of doing any act of charity or piety without making a tawdry public display out of it in the process. That is precisely what most of Matthew 6 is about. Jesus was contrasting the religious exhibitionism of the Pharisees with the authentic faith he had described in the Beatitudes. Faith has its primary impact on the heart of the believer. The Pharisees' religion, by contrast, was mainly for show "to be seen" by others. It is the very same contrast the apostle Paul often highlighted between authentic faith and a religion of mere works. True saving faith inevitably produces good works, because it expresses itself in love; but the superficial displays of "charity" in works-religion are not even truly charitable. Because Pharisee-style religion is motivated mainly by a craving for the praise of men, it is inherently self-aggrandizing, making it the very antithesis of authentic charity. "Not everyone who says to Me, 'Lord, Lord,' shall enter the kingdom of heaven, but he who does the will of My Father in heaven. Many will say to Me in that day, 'Lord, Lord, have we not prophesied in Your name, and done many wonders in Your name?' And then I will declare to them, 'I never knew you; depart from Me, you who practice lawlessness!' Therefore whoever hears these sayings of Mine, and does them, I will liken him to a wise man who built his house on the rock...But everyone who hears these sayings of Mine, and does not do them, will be like a foolish man who built his house on the sand."

So, you see, yes, of course, someone can do good deeds without giving their heart, will and soul to Jesus and His authority. Since God creates everyone in His image, there is beauty in one and all, whether they have accepted Jesus into their hearts and souls as Lord, Master and Saviour, or not. Each of us is gifted by Him uniquely to display His characteristics in each one's distinct way. However, the good deeds we do on our own, without acknowledging Him and giving Him all the glory, will be worthless in God's sight. When we live for Jesus, out of our faith in Him, we will do good works in His name. Faith without works is dead. But works without faith in the One who calls us to Him is for naught. It will be burned up. If we bring material bread to the hungry without, at the same time, bringing them the Bread of Life, it is not significant to God. We must first give thanks and praise to the Maker of the bread, our Bread of Life. We must bear witness to the fact that He is the giver of all gifts, including bread, and that without Him, there would be nothing to give the hungry, the thirsty, the stranger, the naked, the sick and those in prison. Only because of Him do we even have life. Only because of Him do we have the hands, the feet, the mouth, the heart, the knowledge, and the compassion to reach out with eternal purpose to touch the life of another, to make a difference for good in this life, as well as a lasting difference in the next. It all boils down to abiding in Him. My will to break - my Lord's will to take! In Mark 9:41 Jesus says, "For whosoever shall give you a cup of water to drink in my name, because ye belong to Christ, verily I say unto you, he shall not lose his reward."

I Corinthians 13:1-3 teaches us "If I speak in the tongues of men and of angels, but have not love, I am only a resounding gong or a clanging cymbal. If I have the gift of prophesy and can fathom all mysteries and all knowledge, and if I have a faith that can move mountains but have not love, I am nothing. If I give all I possess to the poor and surrender my body to the flames, but have not love, I gain nothing." As is proclaimed in I John 4:8 "God is love," until we surrender all authority over our lives to Him, we cannot truly love, and we cannot be truly good.
Posted by Ginny Bain Allen at 9:59 AM 1 comments 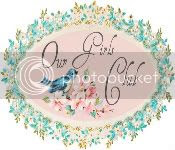